The problem with/of boat people The incredible unlikelihood of being 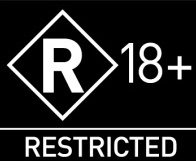 Or more accurately, it’s not for children’s eyes. It’s not about sex, but rather another subject that parents often find difficult to discuss with their children, and I thought it best to warn you in my subject heading in case little eyes might be reading over your shoulder. You see, I don’t believe Santa Claus is real. I used to, for quite some time actually, but I no longer do. This post is to explain why, and I thought a warning in the heading would be the polite thing to do, thus possibly saving you from an uncomfortable conversation.

I ask myself why I believed in Him for as long as I did. It’s pretty obvious that no one with His supposed magical powers could possibly be real. I mean really … watching over everyone in the world, every second of the day and keeping tally with a “naughty and nice” list? That’s ridiculous. So why did I believe? The first and most obvious reason was that everyone told me He was real. My parents, my brothers and all my friends at school professed that He existed, and some even claimed to have seen Him. We are born with the inherent capacity to believe things repeated by our peers and people in authority and it’s generally beneficial. “Don’t talk to strangers. Don’t play on the railway tracks. Don’t stick the fork into the electrical outlet.” are all good things to take on board as we make our way through life. But as we mature we begin to question what we are told, especially when our own first hand experience shows unexpected results.

The second reason, somewhat related to the first, is The Good Book. People telling you something is true is one thing, but the written word can be potent and compelling. It’s so much easier to believe in a story written down and presented to you as the gospel truth, with a first hand account of this remarkable Man and his twelve … whadyacallit … reindeer. “‘Twas the Night Before Christmas” is quite engaging, especially if you want it to be true, but examining the facts from a scientific perspective shows that the miracle of giving gifts to the whole world in one night is impossible. Without any corroborating evidence, such as another historical account from a verifiable third party, or any type of physical evidence (fingerprints, DNA, reindeer tracks, etc) this can be dismissed as nothing more than a fairy tale.

The third reason I, and I’m sure so many others believed in Kris Kringle is a bit harder to define, and therefore dispute. It is the general feeling of well being and joy that pervades society, especially around that special time of the year. The fact that people are so happy at Christmas seems like qualitative evidence that there is a Santa. This is actually a pretty childish argument, and while I thought that way when I was a child, when I became a man I put away childish things. The world is full of happy people who don’t believe in Santa Claus, the majority of them in cultures that don’t even recognise He exists. Asia, India and the Arab nations are in no way Santanical (hmm … I don’t think that’s a word that is going to catch on) and yet they have their own celebrations based on their beliefs, which give them their own joy. Happiness is obviously a state of mind that can be bought on by physical experience, rather than a gift from some magical being. And it also doesn’t belong solely to humans. Many of the ‘higher’ animals experience joy, as anyone that has played fetch with a dog can attest to. Dolphins and whales sing, dance and frolic for the fun of it, without any knowledge of Santa what so ever. It seems evident that rather than joy being a gift from an all powerful wizard, this is evidence of the evolution of the brain, with the animals closest to us in the chain sharing these common feelings.

This is similar to another argument given by believers; “Because people have a desire to do good (be on the ‘nice list’) there must be a Santa Claus.” The implication being that man is inherently good, even those that don’t believe in Santa, due to some hidden force or unconscious belief in Santa. This seems to be totally incompatible with two other ideas that they also hold as true; we all have 100% free will to do anything we wish; we are inherently ‘naughty’ due to the ‘naughtiness’ of our parents. Being driven to do good, whilst being inherently naughty, whilst having 100% free will is a trinity of contradictions. The far more simple explanation that people do good is because our brains have evolved to feel empathy. We treat our fellow man the way we ourselves would like to be treated and we help out those in need because we have an idea of what they are going through. And if our brains have evolved this function we should find it in other ‘higher’ animals that don’t have any understanding of Santa … and we do. One example from a quick google search; Rhesus monkeys, initially trained to retrieve food by pulling a chain, refused to pull the chain when they discovered it simultaneously shocked another monkey.

The final reason I believed in Santa, and really the most compelling, was the physical evidence. Christmas Eve I would put out oats for the reindeer and cookies for Santa before heading off to bed. The next morning would reveal that these treats had been consumed, and had been exchanged for presents. This was concrete evidence that Santa was real. What other explanation was there? That my parents, and the parents of every other child in the world, were part of a massive conspiracy to fool us? That would have seemed preposterous had it even occurred to me, but, and this gets down to the crux of things now that I know the truth … I wasn’t really looking for other explanations. I was happy enough living in my deluded state with the thought of the gifts I would receive at the end … of the year. In retrospect, of course it was simple slight of hand by the adults I trusted. Actually it probably doesn’t count as slight of hand if you wait for your audience to fall asleep before you make the switch. But once the illusion of Santa had been revealed and I knew the truth I was left with another question; Why did everyone lie to me?

Obviously the believers did, because they thought they were helping me. They thought it was important to share the message of the gifts I could receive if I just believed. But why the deliberate lies from the people that were fooling me? The first thought is for the power/control over me. The thought that Santa was always watching me from above, in the North Pole, was a way of keeping me in line and not necessarily a subtle one. “Keep this up and Santa won’t come to you!” was preached to me more times than I can count. The promise of ‘riches’ in the distant future is an adept method of controlling people in the here and now. But I think the real motivator to keep spreading this story, and the reason it persists after so many generations is money. Television is flooded with people telling you they alone have the one true Santa (appearing Monday, Wednesday and Friday between 10 and 2) asking you to visit their holy institution to confess to him your thoughts, wants and needs. And while you’re there, spirit emotionally buoyed by the hymnals playing over the loud speakers, you should tithe 10% of your yearly income on gifts for friends and family. Spread the message. Share the ‘good will’. “Happy Christmas to all, and to all a good night.”

My final thoughts on the matter are of a personal revelation that I have had. I have always been a happy and kind person with a belief that everything will turn out for the best, and have previously given Santa the credit for my personality and my state of mind. I always thought that it was a belief in Him that made me happy and gave me security in my life. But now I know absolutely that He is not real and cannot be affecting my life or looking out for me in any way. And I find that I have not changed. I still say, “Bless you.” to sneezing strangers that I pass (although I no longer say, “Kris bless you.”) and they invariably smile and reply with thanks. I took a piece of cake into a work colleague after I learned it was her birthday. I enjoy the same amount of pleasure in the company of my wife and children as I always have, and I look to the future with positive excitement. It was not Santa that made me the man I was, nor was it a belief in Santa. It turns out that I am the sum of my genetic material and the life experiences that have shaped me. This revelation, while not strictly related to my journey of understanding, serves as the full stop in the sentence ‘There is no Santa.’