The incredible unlikelihood of being God’s Love Part 1

Everything that begins to exist has a cause 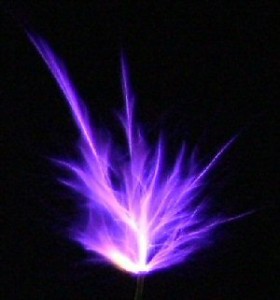 In a reply to my Adults Only post Joshua Erlien put forward a syllogism that is often used as evidence of God. A syllogism is 2 statements that result in a sound conclusion.

The conclusion reached is a logical extension of the first two statements and is not predicated on them being true.

This is a sound conclusion even though it is wrong, because the first statement is incorrect. Also, syllogisms are only useful if they encompass the entirety of the subjects being examined.

As you can see this doesn’t tell us anything concrete and cannot be used as evidence. The last thing that needs to be taken into account is the connectedness of the first two statements. If the two things are not actually connected there can be no conclusion drawn from them.

So the downfalls of any bad syllogism are inaccuracy, generality and the lack of a connection between the first two statements. The syllogism put forward by Joshua is a centuries old one and goes like this.

Joshua then makes the following addition to his conclusion.

This cause must be other than the space/time universe because it cannot cause itself. We are left with an eternal (timeless), immaterial cause.

It would be a good syllogism if it were accurate because not only does it suggest that there must be a creator, but it also says that creator cannot “BEGIN to exist” because of the problem of needing a cause. This makes God eternal, and gives an extra “proof” to theology. Unfortunately the syllogism is flawed.

Let’s start with the first word, “Everything”. The Universe is essentially infinite with 10^80 atoms (a 1 with 80 zeros after it). These atoms combine in a staggering number of ways to make molecules and these molecules combine in a staggering number of ways to make every thing that you can see, hear, smell, taste and touch. Not to mention, and this is my point, a staggering number of things that we have not discovered yet. It is folly to suggest we know about “everything”, and therefore we cannot make assertions about the beginnings of “everything”. It would be more accurate to change that first word to the phrase “Everything we know of” and by losing the specificity the syllogism loses its explanatory power.

that BEGINS to exist needs a cause.

Now we need to define what is meant by that phrase “BEGINS to exist”. If we think of an animal, we can think of the moment of conception as the time that it began to exist. But it did not pop into existence out of nothing. The sperm and egg that combined to make it were created inside its parents as part of the complex chemical workings that go on within. The same is true for its parents, and grand parents, etc. As we move back down the evolutionary family tree we can see an unbroken line of things being created from things that already existed.

The same is true for non-living things. Mountains are created by the crushing force of tectonic plates that move because of the currents in the liquid magma underneath the crust of the earth. These currents are caused by changing temperatures, caused by chemical reactions. The chemical reactions are caused by the way atoms combine. In short atoms combine to make things. But the atoms don’t “BEGIN to exist”. They are all ready here. And as such I would say that nothing in the universe “BEGINS to exist” but rather is created out of the existing material

Everything that we can see in the universe was created out of the matter/atoms that already exist and the electro-chemical and gravitational forces that act upon them. This is the “cause” that created them and all these things exist inside the universe. As such you cannot use the workings of what is going on inside the universe to apply to the universe itself. The first statement should be more accurately written as.

As you can see this means the second statement does not overlap with the first and therefore cannot be used to make any conclusion. But let’s look at it anyway, as it also contains a flaw.

The space/time universe began to exist.

We cannot know what happened before just after the universe came into existence. We are inside the universe and it is therefore impossible to fathom or calculate what might have happened at time 0 and before. We can get close to the instant that the expansion began, but there is no way to know if the universe “began to exist”. This is an assumption that is made, and may even be likely, but even so it changes the second statement in the syllogism and reduces the whole thing to

So we are left with two unrelated statements that can offer no conclusions. These cannot be used as evidence for the existence of God.

6 Responses to Everything that begins to exist has a cause