The Father of the Bride 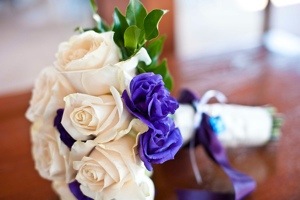 I recently discovered that Florists and Bakers in the USofA are being prosecuted for not providing their goods to be used at same sex weddings. Initially I was surprised at the discovery (of the suit, not that people would refuse to sell to homosexuals) because it seems intuitive that a business owner has the right to sell their goods or services to whom they chose. A “No Shoes, No Shirt, No Service” sign at a bar, club or restaurant sprang immediately to mind and keeping men from a female only gym. But there is a difference between these examples and the cases I linked to above. Gyms require you pay for membership, and are therefore private clubs, not public places of business. A private club can make any rules regarding membership it sees fit and restricting men from a gym is about providing a certain environment for the women that are your target audience. Requiring a minimum attire in a business serving food or alcohol is not only about your other customers, but is a requirement of the health code and insurance companies, and is a rule enforced for all customers, not just those of some minority.

Refusing service to a group of individuals based on their sexuality is discrimination, in the same way that refusing service to a particular race or religious group. And this discrimination is illegal in the states in question, as they both have laws stating that places of business open to the public cannot choose whom they serve. The reasoning behind this stems from the idea that goods cannot be arbitrarily denied to members of the community. For instance in a small town with only one petrol station it would be wrong for the owners of that petrol station to deny they sale of petrol to diabetics, or dog owners, or any specific individual that they didn’t happen to like. You cannot choose to keep an essential product from a class, group or individual, and I think that is pretty obvious. Now if there were two petrol stations … you still couldn’t deny service to anyone, because if one of the businesses could choose to not serve a class/group/individual, then the other could as well, and again an essential product is being denied. This is obviously still the case if there were three petrol stations, or ten, or a hundred, or a thousand. And any law that pertains to essential goods like groceries and electricity, must also apply to non essential goods, like wedding cakes and flowers. If your doors are open to the public, you must serve every member of the public. No exceptions.

There seem to be three reasons put forward by the defendants in these suits explaining why this law shouldn’t apply to them, or more accurately three aspects of the same reason; that it is against their religious beliefs.
1-The first amendment of the constitution guarantees them religious freedom, and their refusal to supply services to a gay event is covered by that tenet.
2-That marriage is a special union set forth by God, between a man and a woman, and therefore they cannot supply goods for a marriage that doesn’t reflect that as they are answerable to a higher power.
3-That homosexuality is a sin, and supplying goods for a gay wedding would be enabling the sinners and making them, the bakers and florists, somewhat culpable for that sin.

Number 1
Congress shall make no law respecting an establishment of religion, or prohibiting the free exercise thereof; or abridging the freedom of speech, or of the press; or the right of the people peaceably to assemble, and to petition the Government for a redress of grievances.

The first amendment to the constitution of the United States of America guarantees its citizens the right to believe what they want, and do anything in accordance with those beliefs, short of compromising the freedom of other citizens. Not supplying flowers/cakes for a gay wedding doesn’t fall under that protection. Not supplying goods or services can not be part of a religion. Specifically in this instance, not catering a gay wedding has nothing to do with Christianity and cannot be claimed to be integral to that religion.

Number 2
The problem with this argument is handily exposed in the linked story regarding the bakers, who had no problems when they were approached to cater for a dog wedding. They were more than happy to supply goods for It would seem that they don’t believe dog marriages offend God, or threaten/belittle heterosexual marriages in the same way that gay marriage does. Though it does make me wonder about their thoughts on gay dog marriage …

Number 3
According to the bible, everyone has sinned and fallen short of God’s glory (Romans Chapter 3, Verse 23) so denying products to people that might be going to sin is going to shrink your target demographic by a hefty margin. In fact, it is going to eliminate it all together. Now if a business owner is looking for some kind of indication whereby their product might be culpable in causing people to sin, it seems to me that bakers are always running the risk their product will cause people to commit the sin of gluttony. Florists also seem to be especially vulnerable here as the purchasing of flowers might certainly be used as a precursor to sex outside of marriage. Valentines Day is a big day for florists, and supplying corsages to teenagers attending high school proms makes up a prominent part of their business, both days with a high risk of unmarried intercourse being connected to the sale of their products.

The real problem for these businesses being sued is their tenuous grasp on their own religious beliefs, and that they are mistaking the sinners for the sin. By definition, homosexuality is being attracted to people of the same gender. This is never referred to in the bible as a sin. Not once. Getting married to someone of the same gender is also not a sin. Again, no mention of it in the bible, and certainly no statute forbidding it. Anyone making a comment that God or the bible is against homosexuals or gay marriage is not quoting from the bible but projecting their own prejudice and trying to tie it to their religion.

The specific sin, mentioned in the Old Testament book of Leviticus, is of the sexual act of a man laying with another man. This is referred to amongst a long list along of things that are frowned upon, including keeping the sabbath day holy (do these businesses open on a Sunday?), not touching the skin of a pig, forbidding any shaving of a mans head or face and making it clear that no-one with a defect of mind or body is allowed to worship at the altar of God. This section of the book also explains the rules pertaining to multiple wives/mistresses and who is permissible to be kept as a slave. It says that impudent children and blasphemers should be put to death along with anyone that wears wool and linen at the same time. And it includes many, many other outdated rules of conduct. I say that this book is old and outdated, not merely because it was written a couple of millennia ago, but because the New Testament of the bible says so itself, through the words of Jesus Christ.

Choosing a verse of Leviticus as justification for a specific course of action, especially whilst ignoring other verses of Leviticus, is directly defying the word of Jesus and therefore not properly (religiously?) following the tenants of Christianity.

Galatians 5:4
New International Version (NIV)
4 You who are trying to be justified by the law have been alienated from Christ; you have fallen away from grace.

In short, if you are not upholding the teachings of your own religion, you cannot claim Religious Freedom as a reason to break the law.

4 Responses to Let them eat cake.