This post is for Adults only. Everything that begins to exist has a cause

The incredible unlikelihood of being 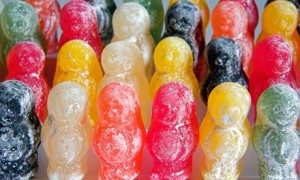 Anyone that has one or more brothers or sisters, or is a parent of multiple children knows that siblings are all unique individuals. The different genetic material in each egg and sperm that conceives them produces vastly different children in looks and personality. There are no doubts that boys are different to girls, but I have 3 daughters that are all quite different from one another. Why is there such a genetic variety in children with the same mother and father? I’m glad you asked. 🙂

Humans have 46 chromosomes, grouped as 23 pairs, each of which is a long string of DNA, the genetic information that makes us the individuals that we are. These 23 pairs of chromosomes are found in the nucleus of every cell in your body, and they are made up of so much DNA that laid end to end it is about 2 meters in length. 2 meters of DNA in every cell in your body. You have ten trillion cells (10 000 000 000 000) so if all the DNA in your body was laid end to end it would make the 300 million kilometre round trip journey from the earth to the sun and back … 66 times. This is not really relevant to the point I’m going to be making, but it blows my mind and I’m sure yours as well. Back to genetic diversity …

When a sperm fertilises an egg, these two single lengths of 23 chromosomes combine into a pair totalling the 46 chromosomes that humans have. The total number of genetically different children a man and a woman can have is calculated by multiplying 8 388 608 (for the number of different eggs) by 8 388 608 (for the number of different sperm) to give a total of 70 368 744 177 664 different combinations. [This doesn’t take into account that there are over 100 genetic mutations in each generation, slight differences in the DNA of the egg and the sperm that make each combination more than the sum of its two parts. This is how evolution works, and it means you can add a couple of zeroes to that total making the unique combinations over 7 quintillion, but let’s just keep it to the simple math for the moment.] 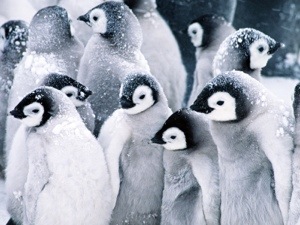 There are over 70 trillion different brothers or sisters you could have. Just as importantly there are over 70 trillion different siblings they could have. There are 70 trillion other people that could have been born instead of you. To put it another way, and perhaps put an unwanted image in your head, if the time of conception was just a fraction of a second earlier or later a different sperm could have reached the egg, you would not have been conceived and instead a brother or sister would have taken your place in the family. The fact you were born means you won the lotto. Actually the odds of winning Saturdays lotto, picking 6 numbers out of 45, is a paltry 1 chance in 8 145 060 so the fact that you were born and are reading this, means you won that lotto 8.5 million times. The chances of you not being here are so very great. And that is just looking at your conception. Let’s go back a generation.

I will talk about this more in my next post, but for now I just wanted to leave all the parents out there with the absolute knowledge that each of their children is, as they always suspected, a one of a kind miracle.